Athletes involved in power sports have both strong and weak muscle groups, which is determined by individual parameters and genetics. But there are patterns that apply to almost all athletes. Namely, underdeveloped legs. To level this disadvantage, it is especially important to pump an ankle.

In this article, we will look at calf exercises and find out how they work. You will receive answers to questions about why calves need special attention and whether only running is enough to build them.

The calf muscles are often forgotten in the early training stages, trying to work out the chest, arms and back. As a result, for the calf are postponed or are rarely performed, which leads to a lack of progress.

This situation is associated with the features of the anatomy of this muscle group:

The drumstick itself consists of two large groups:

Therefore, in order to develop large calves, it is necessary to pay attention not only to the calf, but also to the soleus muscles.

When working on this muscle group, it is important to remember the following features:

Exercises: One of the main problems of calf pumping exercises is their insulating nature.

Consider the main ones:

Despite the fact that a heavy squat does not affect calf pumping, it significantly enhances the static strength of the calf, which creates a solid foundation for building a harmonious body and developing functional strength.

This exercise is designed for athletes of any level of fitness and is considered the main one for working out the calf muscles. Calf raise has many variations, including:

Execution technique of the exercise:

Note: There are certain disputes regarding the full extension of the knee joint. On the one hand – this greatly facilitates the exercise, on the other hand – increases the load on the knee. If you use light weights for training, you can straighten your legs completely. However, if you work with large weights (for example, in a Hackenschmidt machine), then it is better to level the fact of articular load

Despite a similar technique, the rise to the socks while sitting in the machine does not involve the calf, but the soleus muscle lying under it.

The technique of the exercise is extremely simple:

Note: if you do not have a machine, put dumbbells, weights, pancakes from the bar on your knees as an additional burden. Using third-party items will significantly reduce the effectiveness of the exercise, but will allow you to perform it at home.

Among all exercises aimed at the development of calf muscles, this can be called conditionally complex and the most difficult. It’s all about changing the angle of the legs, which allows you to use not only the calf, but also the sole.

You may also like: Human Chorionic Gonadotropin – A Hormone of Health for All people

The technique of the exercise is practically no different from the previous ones:

Many gym-goers (especially beginners) believe that they do not need to pump their calf muscles separately, because calves work in:

This is true, however, in the case of these exercises, the calf performs a stabilizing static load, which increases their strength, but not the volume. Only genetically gifted people can pump their calves without doing the exercises directly on them. Everyone else will have to try hard.

To pump up your calves, remember the following rules:

And remember the classic pyramid of progression: nutrition / relaxation / competent training. Be sure to use your training diary to create the conditions for continuous progress.

Amazing Women's training: 5 exercises for a strong and independent | Be a Sexy fit Women

Wed Feb 5 , 2020
Ladies, it’s your time to go down from the ivory tower, that is, from the training room in your convenient gym , and sit down under the barbell. It’s time to put aside the elegant chrome dumbbells and pick up something bigger and heavier. Believe me, the results will be amazing. Table of […] 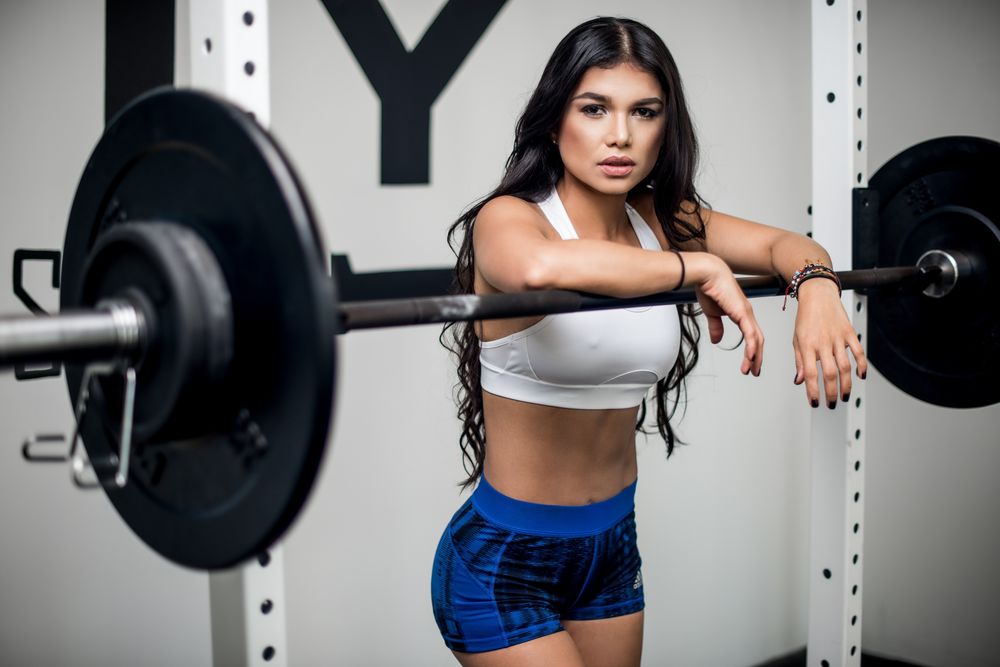