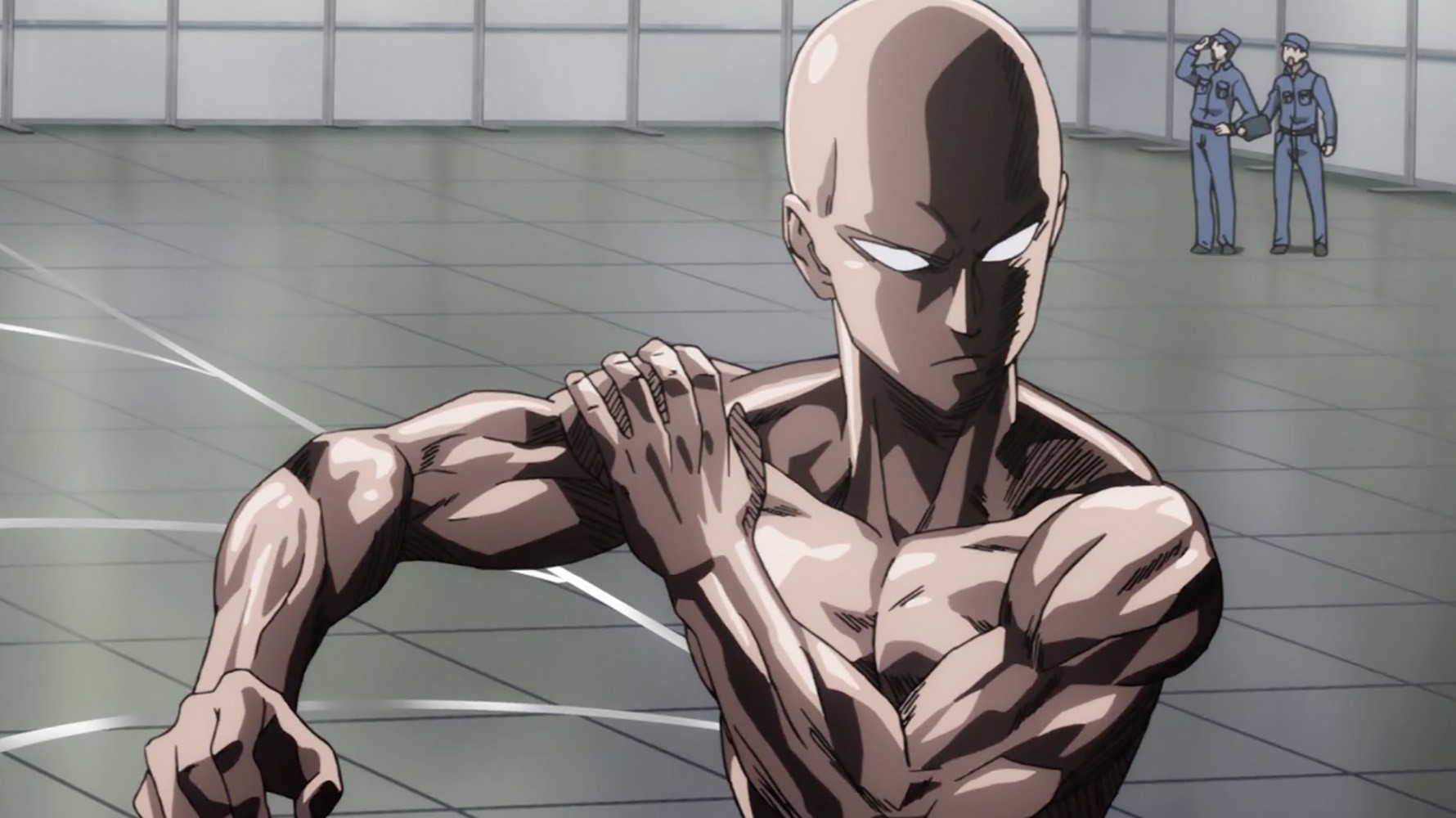 A Singaporean guy named Sean put on five extra pounds and did not know how to effectively get rid of these pounds. The anime of the One Punch-Man came to the rescue! The guy took a training plan from a Japanese Anime called the One Punch-Man. Although he did not start killing enemies with one blow, he became in excellent shape and launched a new challenge on Facebook which has since gone viral, accumulating over 220K in views and 5,000 shares.

Sean Seah, a 38-year-old Singaporean man, has occasionally worked out but has never been an exercise fan. Late last year, he embarked on a three-month trip to Hong Kong, Korea and Taiwan and gained some extra weight. The man returned to his native county Singapore just before Christmas, so for another week he continued gaining extra pounds.

After the holidays were over, Sean decided that he need to get back in shape. In an interview with Men’sHealth, Sean admitted that he loved Anime and manga since childhood, and two years ago he became a big fan of One Punch-Man, a serial Anime about a superhero who defeats any enemy with one punch. In one of the episodes, the main character revealed the secret of his physical form and it was his advice that Sean began to follow.

One Punch-Man is a popular worldwide Japanese Anime about a guy named Saitama. This boy, who is not remarkable in appearance (except for his bald head), is the strongest man in the world.

He gained his power thanks to hard training (due to which, by the way, he became bald). His training consisted of; 100 push-ups, 100 crunches, 100 squats and a 10-km run every day. Saitama is so cool that he knocks out every enemy with just one punch, but this is the problem, as he quickly got tired of the superhero career and began to treat this as his own routine workout.

Saitama’s training system seemed quite suitable to Sean, and he decided to turn it into a 30-day challenge. The guy gradually increased the load, starting with 50 push-ups, squats and crunches, as well as a five-kilometer run. As an incentive, he began to regularly share his successes on Facebook, explaining to friends that he was participating in the One Punch-Man Challenge. Some thought it was funny and warned Sean that he might go bald while others supported and even joined in.

In addition to the physical activity, the diet required was important to achieve these results. Sean quit sugar, fried foods, fast carbs and soft drinks. Sean replaced his favorite snacks with fruits, and his lemonades with plain water. At first, the whole body ached from these heavy loads, but Sean did not give up. He gradually increased the number of reps, reaching 70 push-ups and squats, and then made it up to the hundred mark.

As a result of the 30-day One-Punch Man Challenge, Sean Sea lost 5 kilograms, began to look younger and fitter and healthier. The man realized that he had done a great job only when he compared the “before” and “after” photos.

Sean adds that although he enjoyed this challenge and that it gave him the motivation to achieve his goals, he will not continue with this challenge, but will instead switch to a gym routine, in addition to running three to four times every week.

The challenge has already gained popularity, using the #onepunchman hashtag, users publish photos from workouts with their “before and after” pictures and more than 22.5 thousand people have already joined the One Punch-Man Workout community on Facebook.

Christopher, is one of the people who followed Sean in his amazing journey throughout this challenge. Christopher not only managed to complete this grueling challenge, but he also managed to add in 100 Chin-ups on top! Here is a quote from Christopher about his challenge;

“So the 30 day One Punch-Man challenge is finally over! I did 10km run, 100 squats, 100 situps, 100 pushups and then i added 100 chins EVERY day. My weight now is 70kg and in the begining of the challenge my weight was 73kg. It’s been a fun ride and Im going to make a video about it that will hopefully be uploaded today!

Angtzuyu and One Punch-Man Workout Challenge

Angtzuyu, is another one of Sean’s followers and has decided to take up the challenge of the One Punch-Man. As you can see, Angtzuyu is on day 15 of his challenge and is hitting 8km already! This means he is ahead of his target and will soon be hitting that 10km range along with his other exercises. We have a picture below showing this man on his run and what a beautiful setting to be able to attempt this challenge in:

“Halfway there! Day 15 of #onepunchmanchallenge”

There are many ways in which to train your body and exercise. Sean was a man who did not like to exercise but taking the inspiration from his favorite cartoon character, inspired him to go ahead and challenge himself to lose those pounds that he had gained on his holidays. From Sean’s commitment with this challenge, he has inspired many people to challenge themselves with the One Punch-Man challenge.

This goes to show that exercise and fitness does not have to be a boring routine to follow or some chore list to battle through every day. Take what you think you will like and make it into a challenge of your own, only this way will you be able to battle through and also have fun while you are doing it!

What Kettlebell Swing for Quads: An Effective Exercise Option

Tue Sep 29 , 2020
Hi there! Today I’ll share with you an easy way to turn kettlebell swings into an effective exercise for building your quadriceps muscles. Quads Kettlebell Swing Vesrsion In the classic version of the exercise that is, the kettlebell swing. The kettlebell is pulled out mainly due to the work of the […] 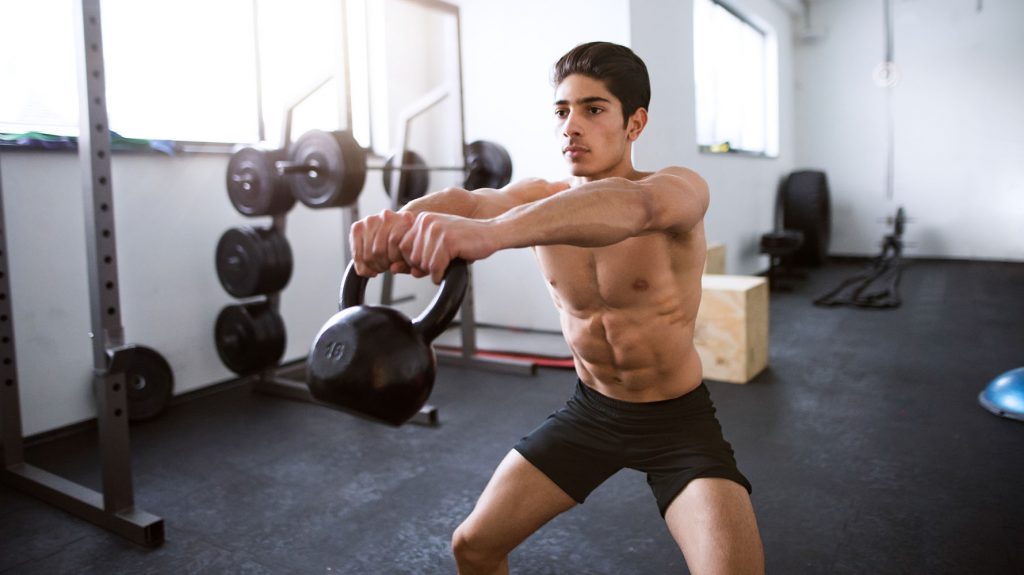