About the mid-twentieth century, static exercises were not particularly popular with bodybuilders who preferred dynamic loads. But the studies conducted by T. Hettinger and E. Muller, gave a significant impetus to the development of static training. It consists in performing exercises when the body and limbs of the athlete do not make any movements.

In this case, the joints are fixed in a certain position, and the load is given to the muscles, usually exceeding the athlete’s one-time maximum.

Exercise can consist either in holding the load, or in holding your own body. For this, various floor supports or hanging elements (rings, ropes, etc.) are used.

It is impossible to build the training process exclusively on static (often you can find another name – isometric) exercises. They give an excessive load on the muscles, increasing the recovery period.

Therefore, static training is recommended to be considered only as an addition to the main classes. It should also be borne in mind that static exercises should be diversified, since the muscles quickly get used to the same loads.

Static exercises are performed by athletes both independently and in combination with other types. Therefore, all isometric training can be divided into 3 groups:

Many athletes achieve high results by harmoniously combining different types of loads and forming for themselves a whole range of static-dynamic exercises.

To give the muscles an isometric load, athletes use different positions: bench or standing press, squats. Biceps and socks lifts are also used. By the duration of the exercise, they are divided into:

Longer loads (30-60 s) are allowed if the athlete is working with a weight of not more than 85% of his maximum. Such an exercise is allowed to be performed only 1 time, after which you need to move on to other activities. It is impractical to give a load longer than 1 min, since then it is not muscle strength that is trained, but their endurance.

You need to start a static exercise by inspiration. When it is performed, the force increases gradually, reaches a maximum that lasts no more than 3 s. It is recommended to perform no more than 2-3 approaches.

Static training has its supporters and its critics. The most negative attitude to isometric exercises is observed among athletes seeking to get the maximum result in a short time. But if in an effort to build muscle very quickly give an excessive static load, the consequences for the body will be unpleasant.

Therefore, the effectiveness of static exercises is ensured only by their reasonable use. They should be short-term, with a small number of approaches and in combination with other exercises.

Adherents of static training see in it a number of advantages:

Disadvantages of isometric stretching of your legs

Along with the advantages, we can distinguish a number of disadvantages of static loads and isometric stretching:

The real danger is the last paragraph. It is caused by the fact that tensed muscles squeeze blood vessels during static exercises. This complicates blood circulation.

The desire of the heart to adapt to significant loads leads to hypertrophy of the heart muscle. It can cause arrhythmias. Cardiac vessels during static training do not develop adequately arising hypertrophy.

Fortunately, static training does not have irreversible effects. The normal state of the heart muscle can be restored. But it will take a lot of time and effort. Therefore, it is best not to allow such negative consequences, so that you do not deal with them later.

If an athlete decided to engage in static exercises, it would be advisable for him not only to combine them with dynamic loads, but also to supplement the training process with cardio training. The heart muscle will not undergo changes that will lead to its mismatch with the heart vessels.

Read also: Women’s training: 5 exercises for a strong and independent

Obviously, moderation is required in everything. And static loads also need to be approached carefully, avoiding overvoltage. Exercises should be alternated with sufficient recovery periods. And also you need to remember that isometric loads alone will not give full results. They can only be an addition to dynamic training.

How to Perform Chest workouts without bench: 9 exercises with dumbbells on the chest

Thu Feb 6 , 2020
When it comes to increasing muscle mass, the first thing that comes to mind for every athlete is a strong, well-developed chest. I think everyone would like to make their breasts look like a statue of a Greek god. Men are not the only ones who need strong breasts, many […] 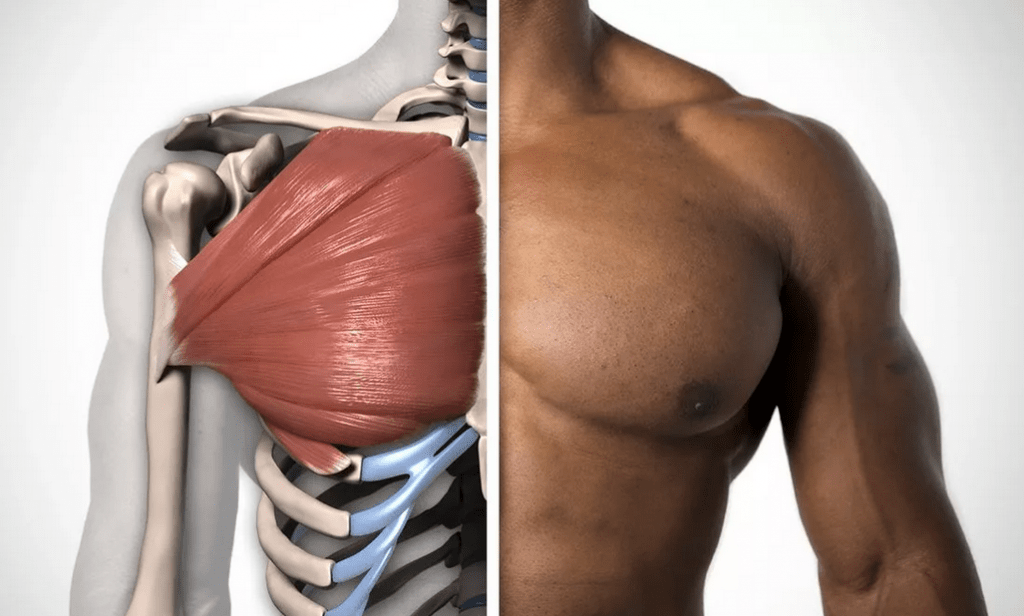