Athletes, including bodybuilders, are mostly negative about alcohol consumption. However, when it comes to beer, the situation changes. Beer fans in unison speak about its alleged use. Beer is considered a source of carbohydrates, a high-calorie product that can benefit muscle growth. Is this opinion true? The answer should be very obvious to those that live a healthy lifestyle and stay lean all year long!  Let’s get right into this topic, shall we?

Many believe that there is nothing wrong with it, its fortification is small and there is very little negative impact. Some may even say that, it is useful and they use it in mass gain courses. All this, of course, is bullshit and like the rest of alcohol, beer is harmful to our body. We indicated earlier that beer is considered a carbohydrate but that in no way means that you should consume alcohol while running a steroid cycle and expect to see positive results. The notion is just completely ridiculous!

For bodybuilding, any alcoholic drink is an enemy that triggers catabolism and destroys muscles. Beer also entails a feeling of hunger, although it also has a high calorie content. Beer is light alcohol and therefore it is believed that you can drink it every day. But in fact, beer alcoholism comes much faster than from strong drinks. With the constant use of beer, the neuromuscular connection is disrupted, which leads to a worse response of the muscle fibres to the contractile impulse. Beer makes blood viscous and increases the risk of atherosclerosis, heart attack or a stroke. Drinking beer or other alcoholic beverages is strictly not recommended for athletes. It is necessary to find other ways of unloading the nervous system such as massage, bath, yoga, etc.

Beer negatively affects the hormonal system, increasing the amount of Estrogen and lowering the level of Testosterone. It also affects the level of Growth Hormone, reducing its amount. The load on the liver and kidneys also increases. When using steroids, the load on all of these systems is, therefore, too high and puts it at risk. If you decide to take steroids and achieve your goals, then the rejection of alcohol and beer in particular, should be in the first place priority. Alcohol only in beautiful PR tales from manufacturers, helped save a life or win. In fact, it brings only problems with health, and also it will not allow you to reach your maximums. Take care of yourself and lead a healthy lifestyle.  Beer is toxic to the liver and can cause serious liver damage.  So by adding a cycle of oral steroids to this only makes matter so much worse.  Oral steroids are damaging to a healthy liver after prolonged use. So if you choose to use steroids, then you really should consider giving up the alcoholic beverages (including beer) altogether!

A beer addiction is not a fictional myth of athletes for a healthy lifestyle, but an objective phenomenon proved by scientists. The use of beer by bodybuilders is contraindicated, as this further leads to skipping workouts, decreasing and prolonged growth of muscle tissue. There is also a growing risk of injuring yourself during training.

The impact of the beer. Is beer dehydrating?

From the point of view of a healthy lifestyle, beer plays a negative role. There have been many studies on the negative effects of alcohol within the athlete’s body. In general, with prolonged use, health and quality of life deteriorate, a large number of negative factors appear. For a bodybuilder, regular beer intake can lead to consequences such as;

Among other things, beer contains Estrogen-like substances, and alcohol metabolites and stimulate human’s own Estrogen receptors. As a result, fat in the form of deposits is distributed according to the female type; on the waist, hips, in the area of ​​the mammary glands.

Non-alcoholic beer. Is it useful to drink beer before workout?

Many argue that non-alcoholic beer is completely harmless, but that’s not entirely true. Yes, undoubtedly the percent of alcohol within the drink is significantly less, but the increased number of calories and the high content of female hormones such as Estrogen remains the same. Therefore, I recommend choosing fresh juice, which, unlike beer, contain vitamins.

What non-alcoholic beer consists of?

A soft drink is made from the same ingredients as the alcoholic one; hops, barley, and malt. It has a high sugar content. But there is almost no alcohol (no more than 0.5%). The difference is in technology. Regular beer reaches a certain degree during fermentation. For non-alcoholic, this stage is excluded. Fermentation is suppressed by cooling and adding special chemicals.

In terms of safety, the non-alcoholic option wins. But it also has a negative effect on muscles, because a high content of Estrogen and sugar remains. Poor chemical additives can also cause harm.

If the athlete did drink a beer, training should be abandoned for the next 2 days as they will be in vain. Do not eat traditional beer snacks like; crackers, nuts and dry fish. Give preference to; meat, cheese and drink more plain and mineral water for 2-3 days to restore electrolyte balance, and do not add a beer at the end of the week to the habit! 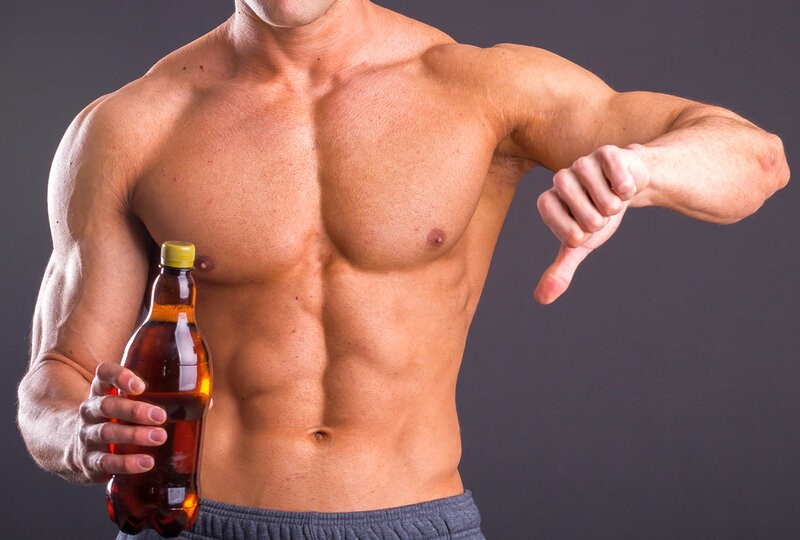 Any drink containing alcohol (including beer), is primarily regarded as a psychotropic substance that depresses the nervous system. Significant psychoactive effect has only one positive side which is, the “laughing” effect on the body. For all other items, alcohol negatively affects internal systems. A few examples are;

The creatine and protein that bodybuilders take is completely neutralized in the presence of alcohol. Hence, the reception of beer is harmful and absolutely unpromising in terms of achieving personal indicators, and occupation.

Drinking beer is one of the myths of bodybuilding, some of the novice athletes, for some reason, believe that consuming a large amount of beer and even in combination with sour cream can lead to an increase in muscle mass. Usually such athletes are very mistaken, because they do not know the basics of muscle growth.

During muscle growth, the protein is needed, that is contained in food as a building material. Beer mainly consists of carbohydrates and has nothing to do with protein products, as well as other low-alcohol drinks.

Therefore, bodybuilding and excessive drinking of beer, will bring you nothing but extra calories, and if you get these calories in the evening, they are more likely to store as fatty deposits, which can be eliminated only with the help of active training.

In addition to the calorie content, beer also has a number of other factors that have a negative effect on the body during bodybuilding. Firstly, it is a low alcohol drink, but since its use occurs in rather large doses, the level of alcohol within the blood, can reach quite large proportions. This adversely affects the state of the cardiovascular system, which already works in stress mode while weight training.

The second factor is the presence of the female hormone Estrogen in beer. It is especially dangerous to drink beer if you take Anabolic steroids, which also disrupt the hormonal background of the body, this combination clearly leads to the emergence of various diseases.

Another unpleasant consequence of a beer craze, is the so-called “beer belly”, it is quite difficult to deal with it, since fat is not deposited outside the muscles of the abs, but from the inside, covering the internal organs. You can get rid of the beer belly only by following a strict diet, while you lose not only body fat, but also part of the muscle mass you have gained.

As you can see, bodybuilding and beer are completely incompatible things, therefore it is better to make a choice in favour of juices and fresh fruits, this will save you from tedious diets and unnecessary work on your abs, preserve a healthy heart and allow you to achieve the long-awaited result much faster.

PHUL vs Full Body Workout: Which is better?

Mon Jul 27 , 2020
Despite the fact that both approaches to strength training have existed for a long time and have shown their effectiveness, there are still discussions among the industry’s experts about which type of training is better. Let’s try to figure it out. For those who are still confused in the terminology, […] 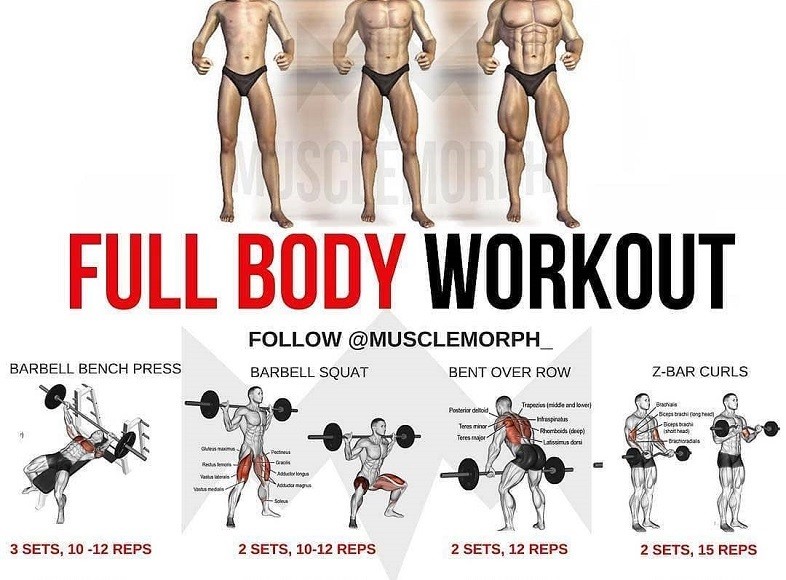